In interviews for SACRED LANDSCAPES of the SOUL, I've noted how interviewing someone is akin to holding space in a spiritual session. Which leads me to reflect on a few of my celebrity profiles. For the release of Poetic Justice, I interviewed John Singleton for a second time. The first time was for Elle's "Homeboy Heroes Bust Out on the Big Screen," a round-up of movies set in the 'hood. His death in 2019 came as a shock. I vividly recall his excitement over doing what he loved.

I chatted with Janet Jackson about Poetic Justice, too: "I expected [her] to be quite withdrawn, but she was actually very open and sweet," I recounted for Elle’s contributors' page. And when Jackson's co-star, Tupac Shakur, was shot three years later, I flew to Vegas to cover the story for People. It was heartbreaking when he later died. I had witnessed the pain of family and friends firsthand. 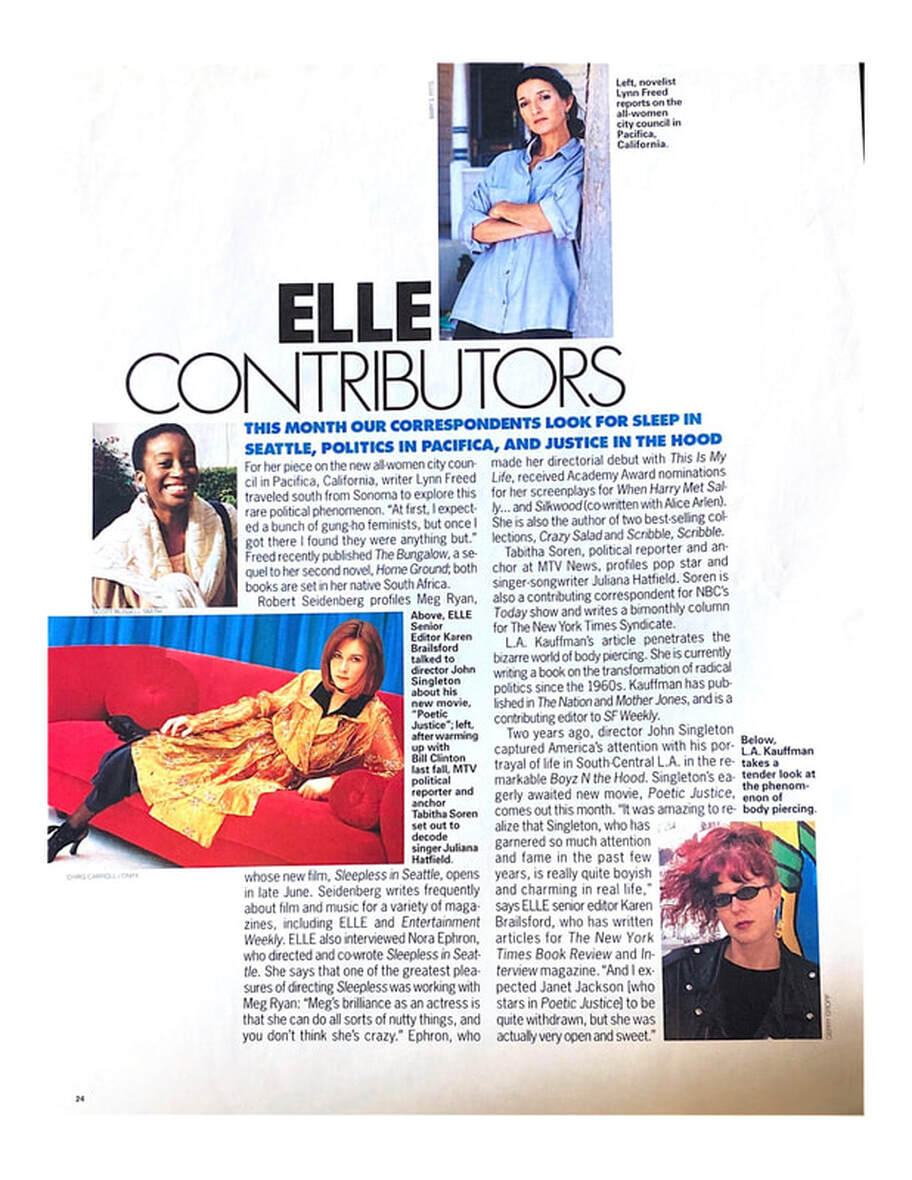 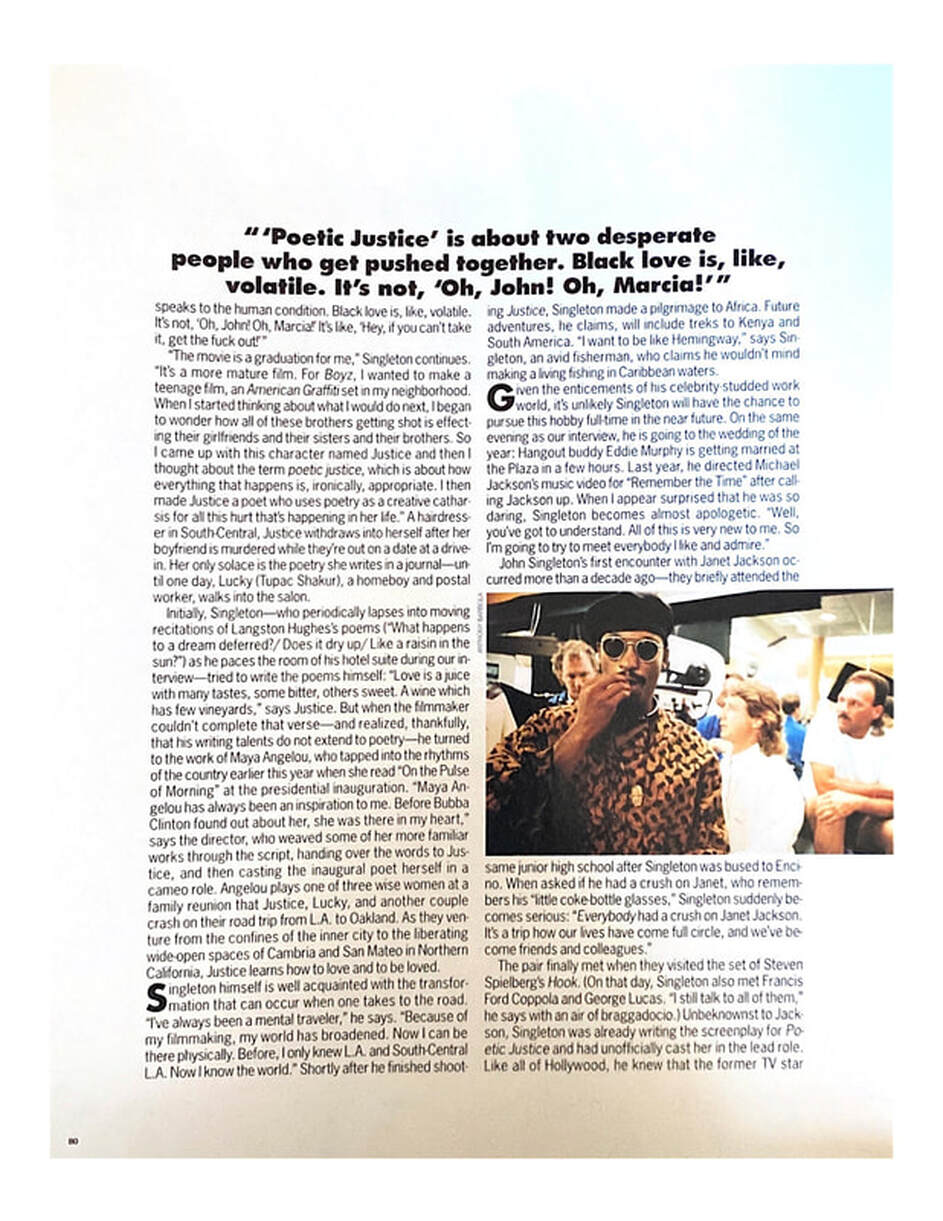 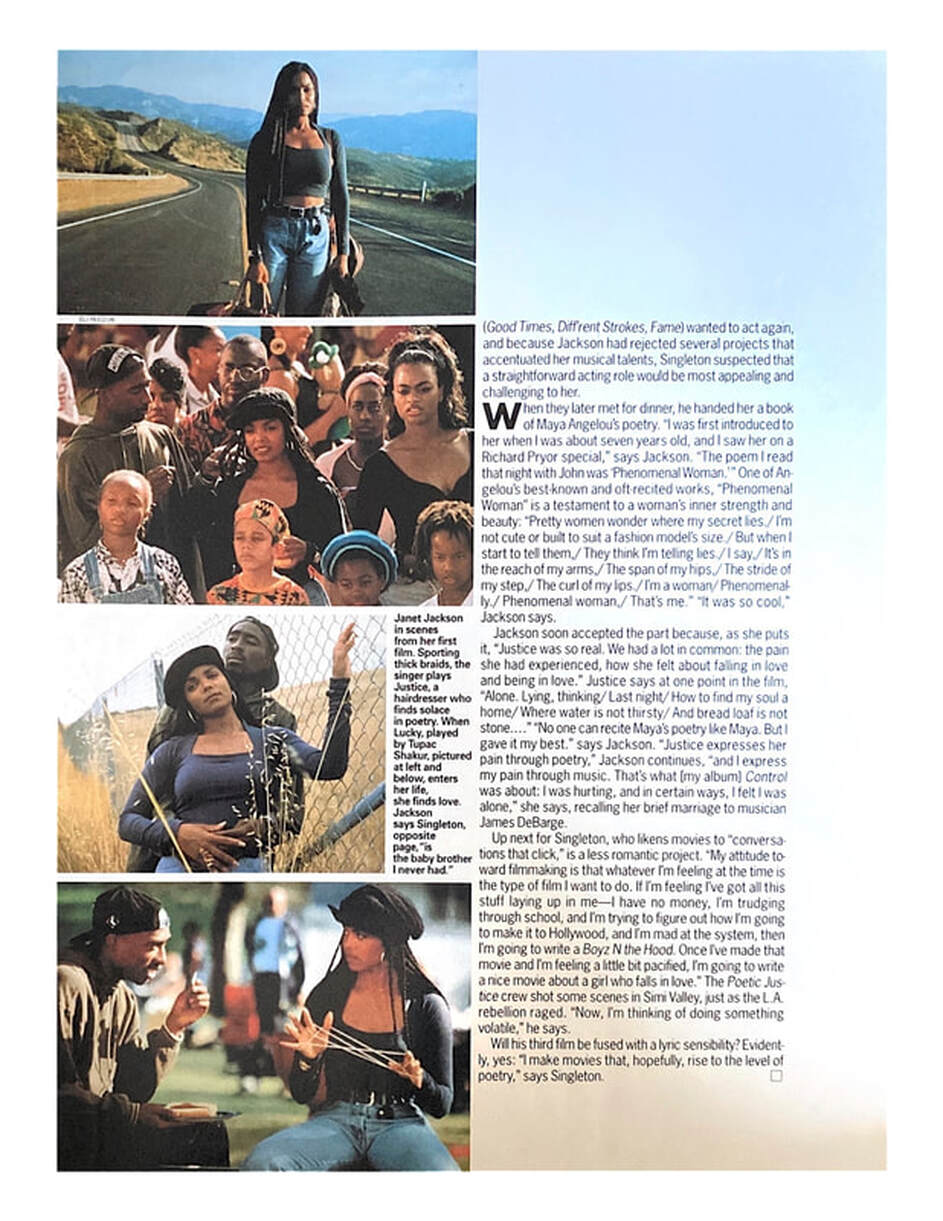