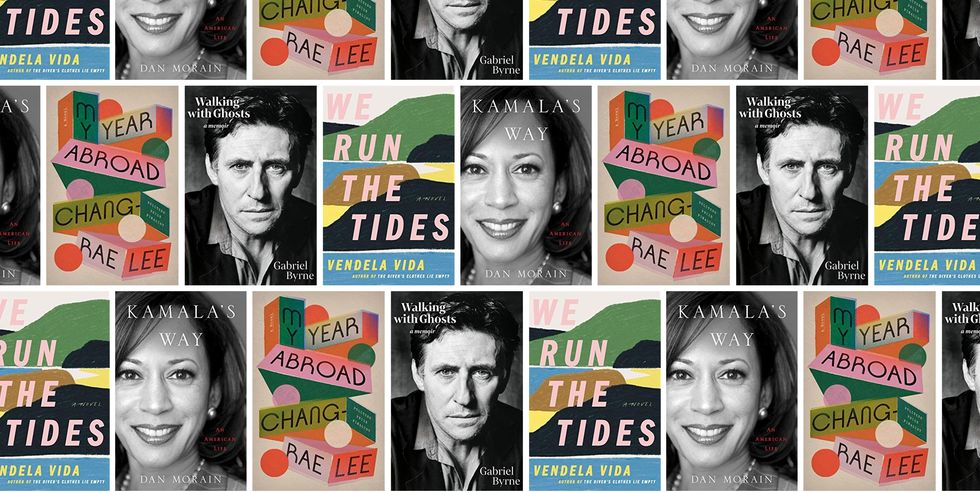 I am thrilled to have agented this phenomenal biography of Vice President Kamala Harris by veteran California political writer Dan Morain, published a week before the inauguration on January 12, 2021. Town & Country included Kamala’s Way on its list of the 28 must-read books of winter 2021. I really love the graphic featuring additional choice picks by Chang Rae Lee and Gabriel Byrne, whom I regret not having fan-girled when I saw him outside the New York hotel we both happened to be staying at a few years ago.

Speaking of New York, the Daily News gave Kamala’s Way a shout-out, and The New York Times wrote that Dan's "insider’s view provides a revealing portrait of the people and events surrounding Harris’s rise to political stardom." Kamala's Way is a Los Angeles Times bestseller. It's no wonder. After a first read of Dan's draft, my eyes welled up with tears. Her story is so very inspiring and moving!
SIMON & SCHUSTER
​
A revelatory biography of the first Black woman to stand for Vice President, charting how the daughter of two immigrants in segregated California became one of this country’s most effective power players.

There’s very little that’s conventional about Kamala Harris, and yet her personal story also represents the best of America. She grew up the eldest daughter of a single mother, a no-nonsense cancer researcher who emigrated from India at the age of nineteen in search of a better education. She and her husband, an accomplished economist from Jamaica, split up when Kamala was only five.

The Kamala Harris the public knows today is tough, smart, quick-witted, and demanding. She’s a prosecutor—her one-liners are legendary—but she’s more reticent when it comes to sharing much about herself, even in her memoirs. Fortunately, former Los Angeles Times reporter Dan Morain has been there from the start.

In Kamala’s Way, he charts her career from its beginnings handling child molestation cases and homicides for the Alameda County District Attorney’s office and her relationship as a twenty-nine-year-old with the most powerful man in the state: married Assembly Speaker Willie Brown, a relationship that would prove life-changing. Morain takes readers through Harris’s years in the San Francisco District Attorney’s Office, explores her audacious embrace of the little-known Barack Obama, and shows the sharp elbows she deployed to make it to the US Senate. He analyzes her failure as a presidential candidate and the behind-the-scenes campaign she waged to land the Vice President spot. Along the way, he paints a vivid picture of her values and priorities, the kind of people she brings into her orbit, the sorts of problems she’s good at solving, and the missteps, risks, and bold moves she’s made on her way to the top.

Kamala’s Way is essential reading for all Americans curious about the woman standing by Joe Biden’s side.