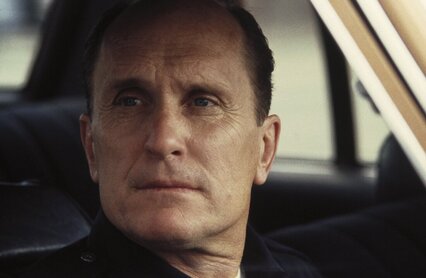 Robert Duvall was considerably older than he is in this photo when I met up with him for tea to discuss The Apostle, a passion project he directed and starred in playing a Pentecostal minister. But he had the energy of someone much younger.  So much so, when I returned to the office after our interview, I exclaimed to colleagues, "I totally get the attraction! His bright blue eyes twinkle!" At the time, his girlfriend (now wife) was 26—four decades younger. 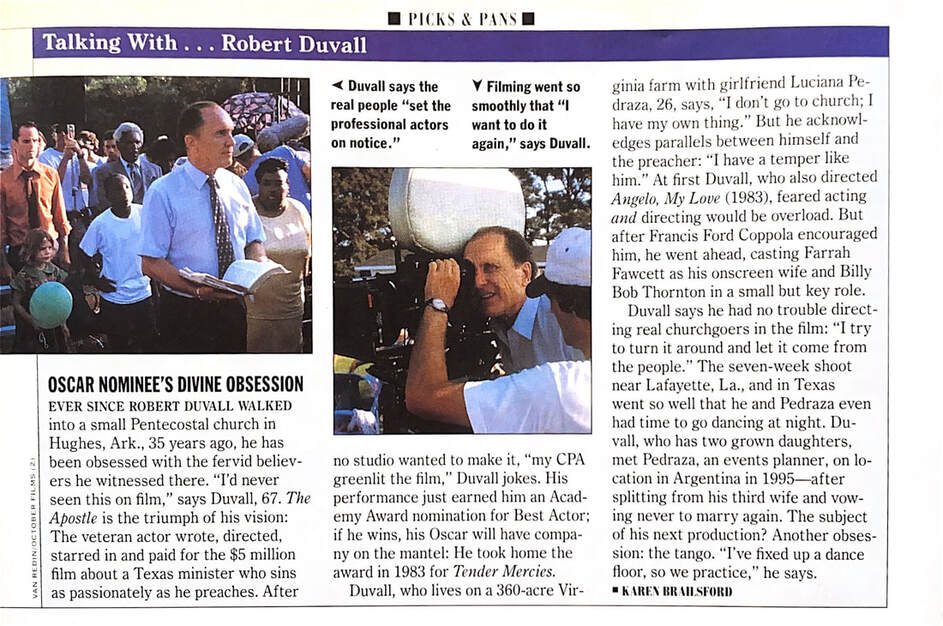