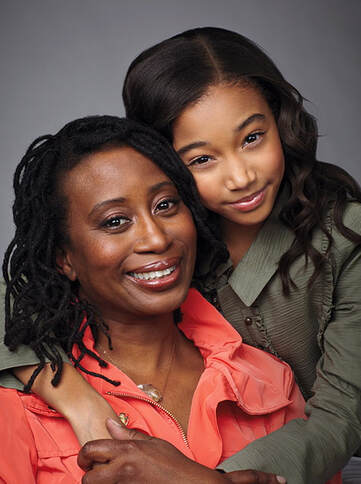 One is the highlights of the Essence photo shoot was seeing legend Jayne Kennedy, who was also featured in the issue, with her daughters. I was also happy to be wearing orange, a favorite color.  Another plus: heading to Venice Beach for the photo shoot. Making the contents page? A fun surprise!
​
Amandla Stenberg praises mom Karen Brailsford

​After being cast as Rue in The Hunger Games, rising star Amandla Stenberg is on everyone’s radar. With so much attention, the 13-year old says her mom is key.
​
My mom reminds me that all things are possible. If I'm feeling insecure, she'll say, 'Hey, you're Rue!' Within months after reading the novel "The Hunger Games" I went from telling my mom I could see myself as this character to actually getting the role. My mother reminds me that if I could manifest such an important role just because I wanted it, all things are possible. I once made a cartoon drawing of my mother as a superhero. I called her Karen Possible. It still hangs on her office bulletin board. 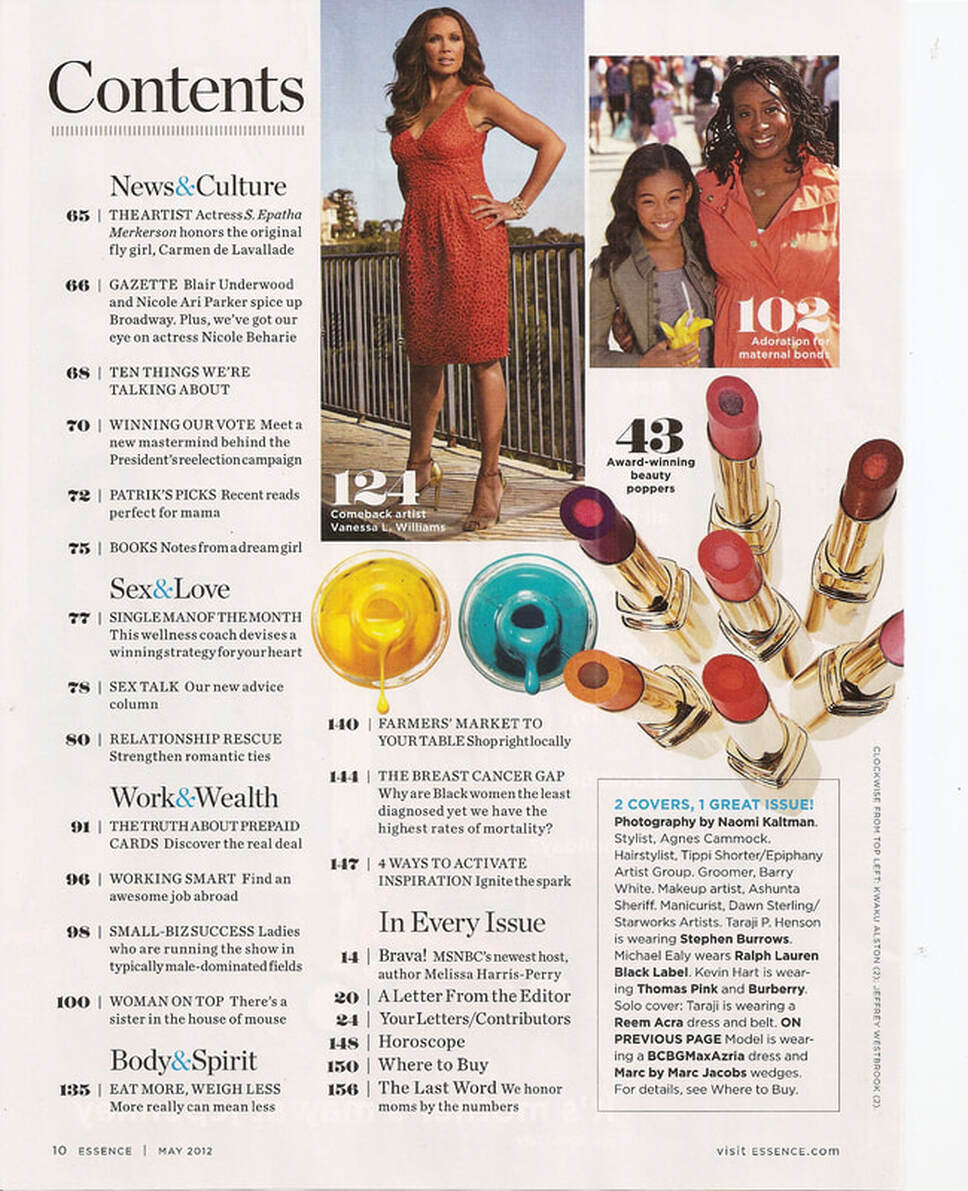 Contented on the contents page.

Lots of hair, makeup and a hug.