I've rarely maintained contact with story subjects—except in very special  instances. Case in point: Mitch, an actor, model and disability advocate (he was confined to a wheelchair after a car accident as a teen), would attend my art exhibits after we both moved to Los Angeles from New York. We occasionally got together for lunch. Our first outing (in New York) was to attend a National Easter Seal Society ceremony after my Elle story won an award "for media efforts promoting equality, dignity and independence of people with disabilities." Such a beautiful soul and, as you can see from this Ralph Lauren ad, he has a face to match. 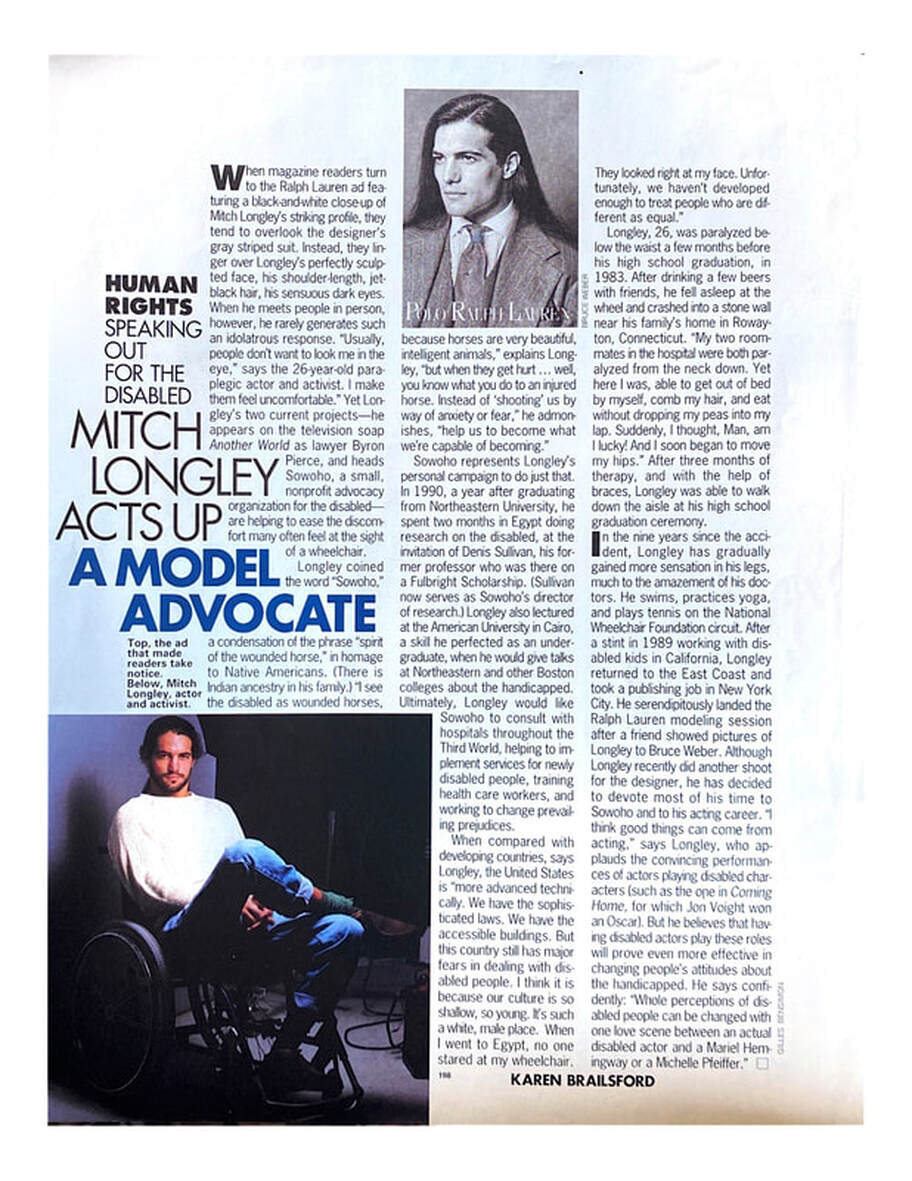