INTERVIEW MAGAZINE
The Sass of '94
The Barefaced Cheek and Spine-Tingling Nerve of Actress Jada Pinkett
September 1994
​
I was new to Los Angeles when I met Jada Pinkett in her trailer on the set of the horror film Demon Knight. At the time, she had three movies in the offing and was three years away from marrying Will Smith. I recently watched The Fresh Prince of Bel-Air reunion show, which reminds me—I also profiled the actress who played the spoiled sister on Fresh Prince, Karyn Parsons. So what's the very first thing Jada and I talked about in her trailer? Her fabulous new look—she had recently dyed her hair blonde and was loving it. Who knew that years later we'd both have children in the business, and that her son would escort my daughter to prom? 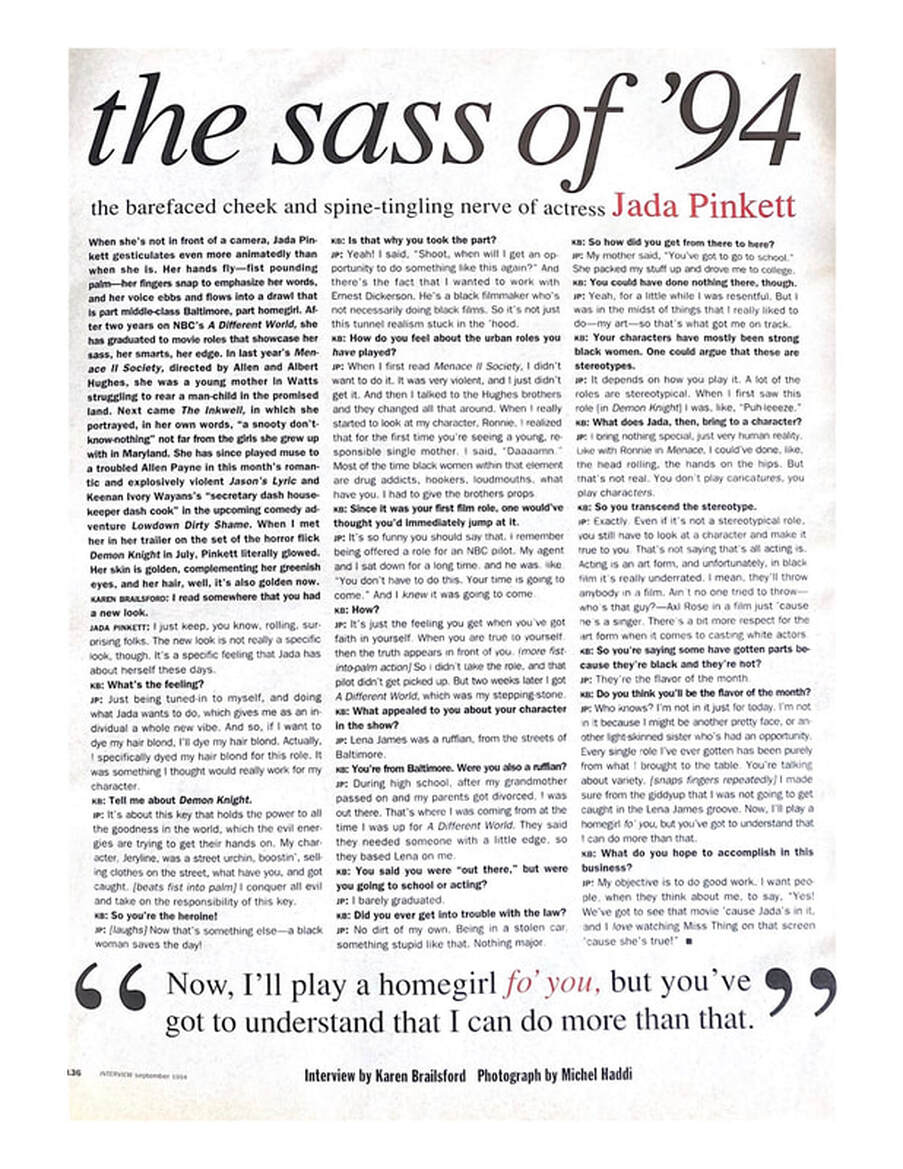 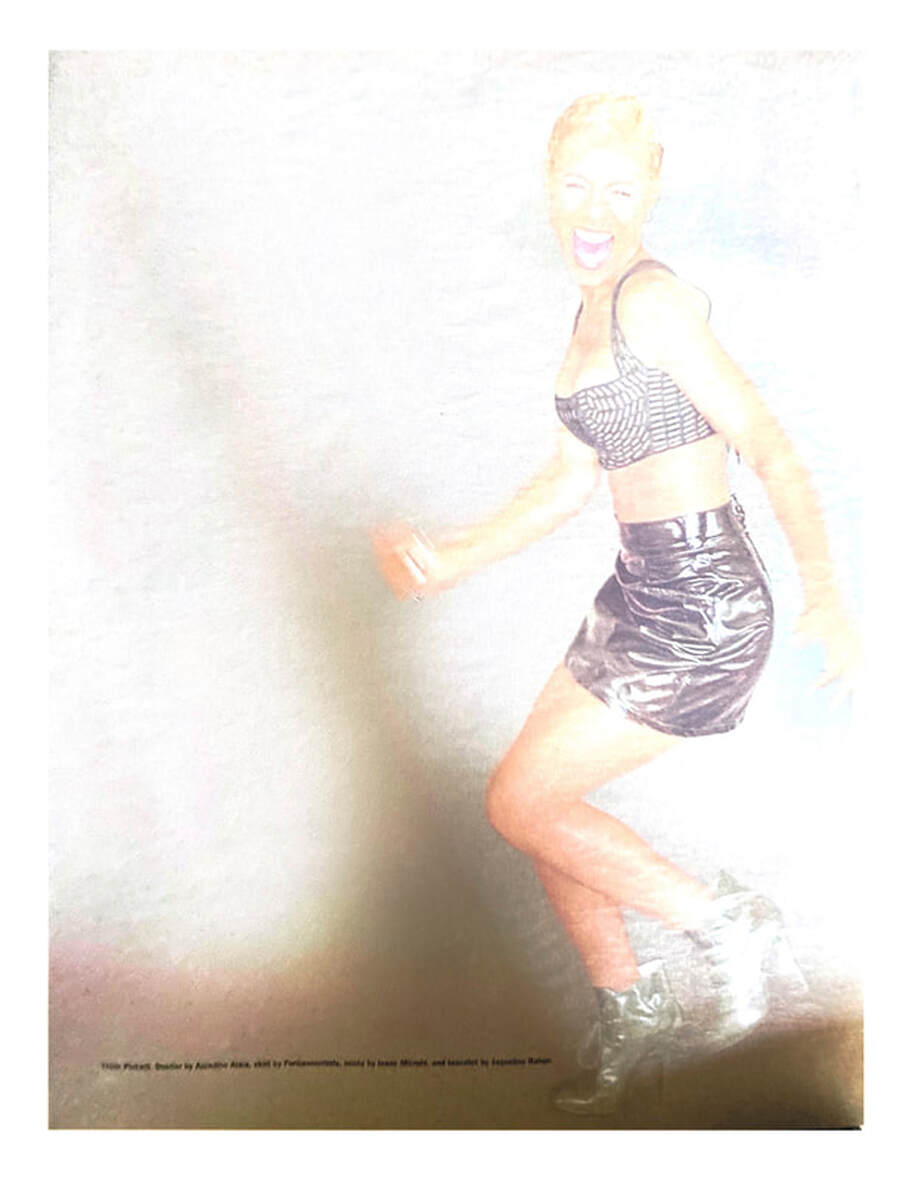