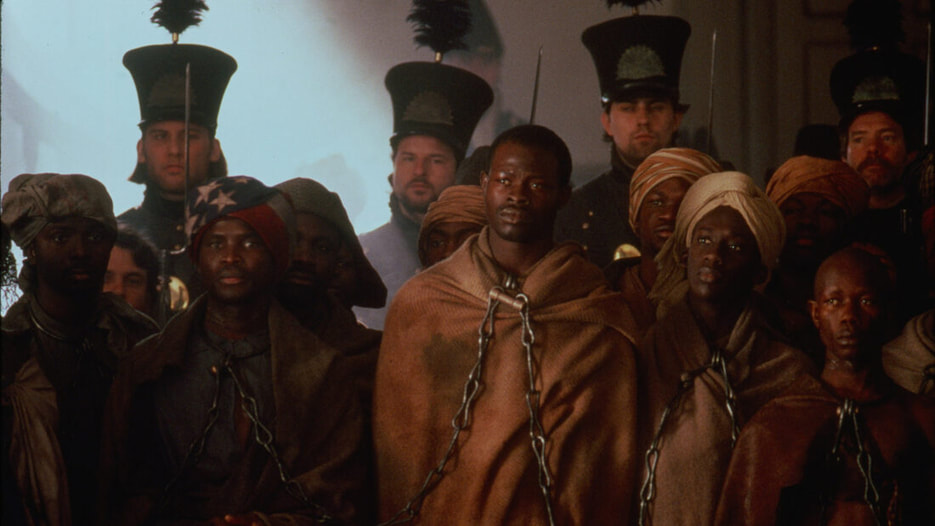 ​PEOPLE
​Spotlight on... Debbie Allen (and Barbara Chase-Riboud)
December 22, 1997
​
One of my most memorable pre-Covid excursions was a trip to New Haven in November 2019 to hear artist, writer and poet Barbara Chase-Riboud in conversation with poet Claudia Rankine at the Yale School of Art. (See if you can spot me in the audience.) I didn't remember until I re-read my story about Debbie Allen that I'd also written about Chase-Riboud. The artist filed a lawsuit charging the producers of Amistad with having borrowed from her 1989 novel, Echoes of Lions. Not surprisingly, Riboud proved no match for Steven Spielberg.

By the way, Chase-Riboud was phenomenal—everyone really should know who she is. As the Yale newsletter in the link notes, she is "the youngest artist to ever be collected by the Museum of Modern Art, friends with the likes of Jacqueline Kennedy Onassis and James Baldwin, and author of award-winning novels and collections of poetry. In 1960, she became the first known woman of color to earn her M.F.A. at what was then the Yale School of Architecture and Design, now known as the Yale School of Art."

Of course, Debbie Allen remains a force in her own right, and Djimon Honsou, seen in the still, is amazing in the role of Cinque.
​ 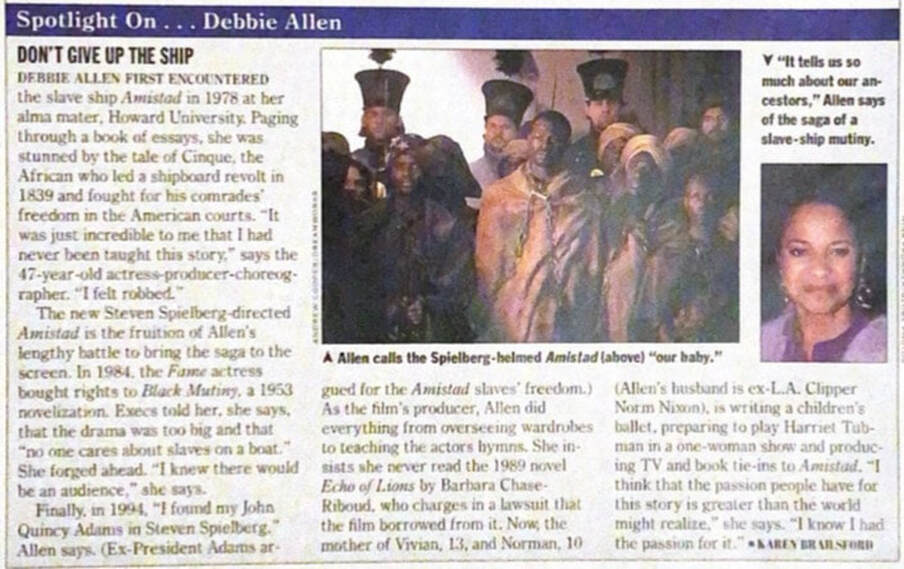 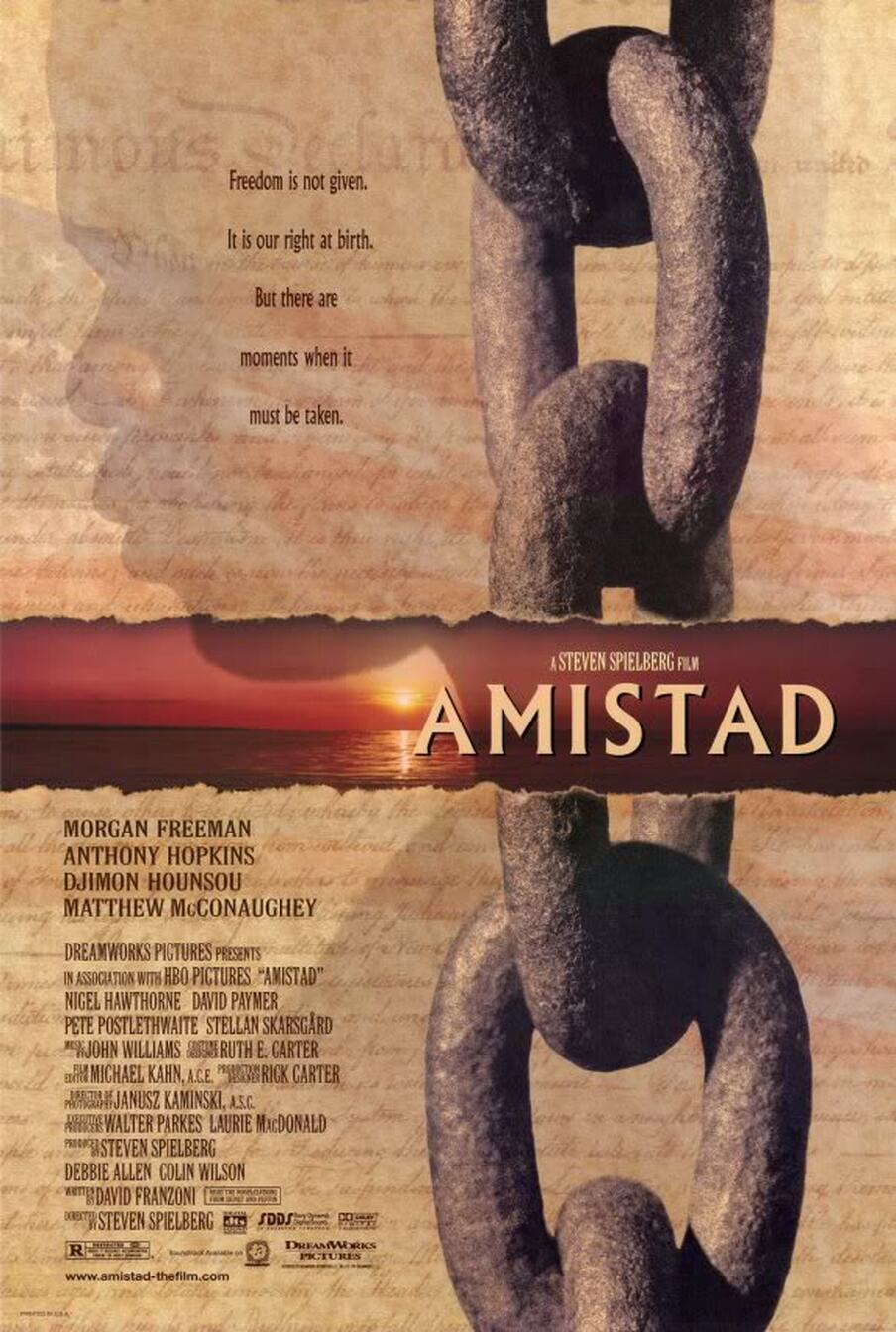