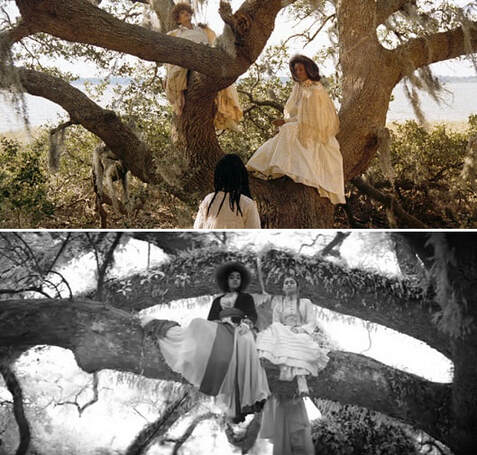 I still get chills whenever I watch Julie Dash's gorgeous film, which I reviewed when it premiered. A still from Daughters of the Dust appears in the top half of this composite. So imagine how surreal it felt to be on the Louisiana set of Beyoncé's "Lemonade." That's Amandla in the tree, along with Zendaya. I immediately recognized the inspiration for the shot.


For nearly fifteen years, independent filmmaker Julie Dash researched her ancestral roots and scoured the country for funding for her first feature, set in the isolated Sea Islands off the coast of Georgia, South Carolina, and Floria, where the West-African-based Gullah culture still thrives. Depicting the Peazant family on the eve of their optimistic migration north in1902, the movie comprises a series of stylized tableaux, each frame resplendent with African icons and art. The result is a spectacular celebration of black womanhood. KAREN BRAILSFORD 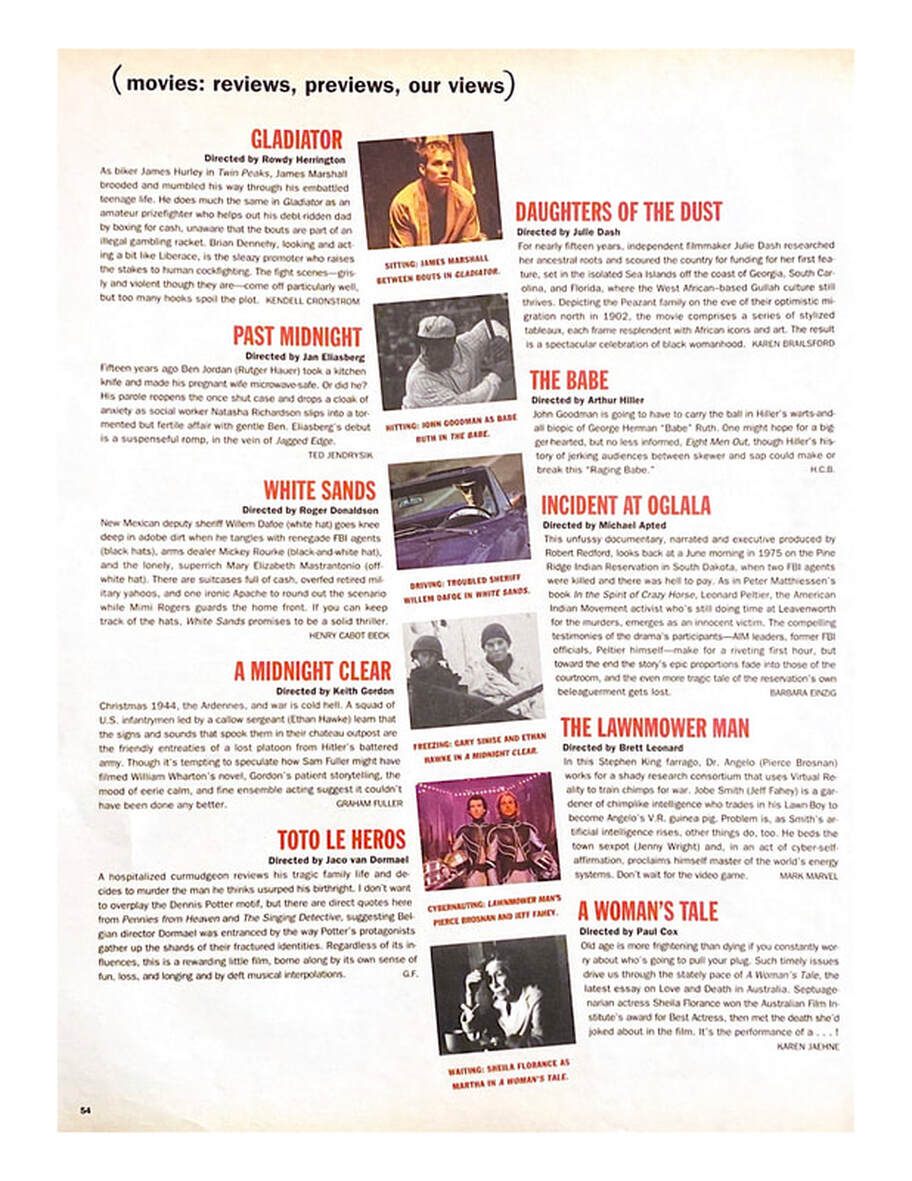