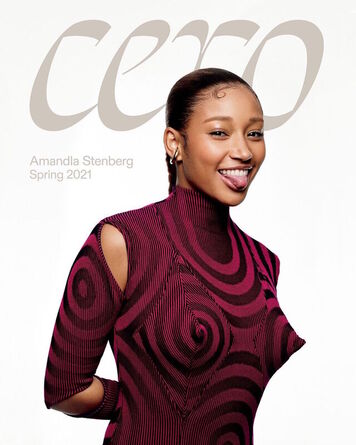 Super-cool Q&A with Amandla and the fabulous author of The Hate U Give, Angie Thomas. Plus amazing photos! A couple of highlights: The backstory of Amandla's viral video, "Don't Cash-Crop My Cornrows," and that time I had a fit when I discovered she wasn't doing her chemistry homework but swapping barbs with a certain member of a reality TV family who's now a billionaire. I don't think said billionaire did her homework, either!

A little history about how Amandla came to portray Starr Carter in the film version of Thomas' award-winning book. My friend and former People colleague, Paula Yoo, mentioned that there was a new YA novel coming out and that she thought Amandla would be perfect for the film adaptation's lead role. I'd read about a bidding war over The Hate U Give only days before, but I had not come across the specifics of the character. Immediately, I reached out to Amandla's agent at UTA, asking him to see how we might secure the rights. As it turned out, UTA's book department already owned them! I quickly read the manuscript, convinced that not only was Amandla perfect for the role, but that Thomas had written the character with Amandla in mind. And the rest is history!

Read the Cero Q&A to see how Thomas confirms my belief. Check out the gallery of gorgeous photos by Craig McDean below. I'm hard-pressed to pick my favorite!